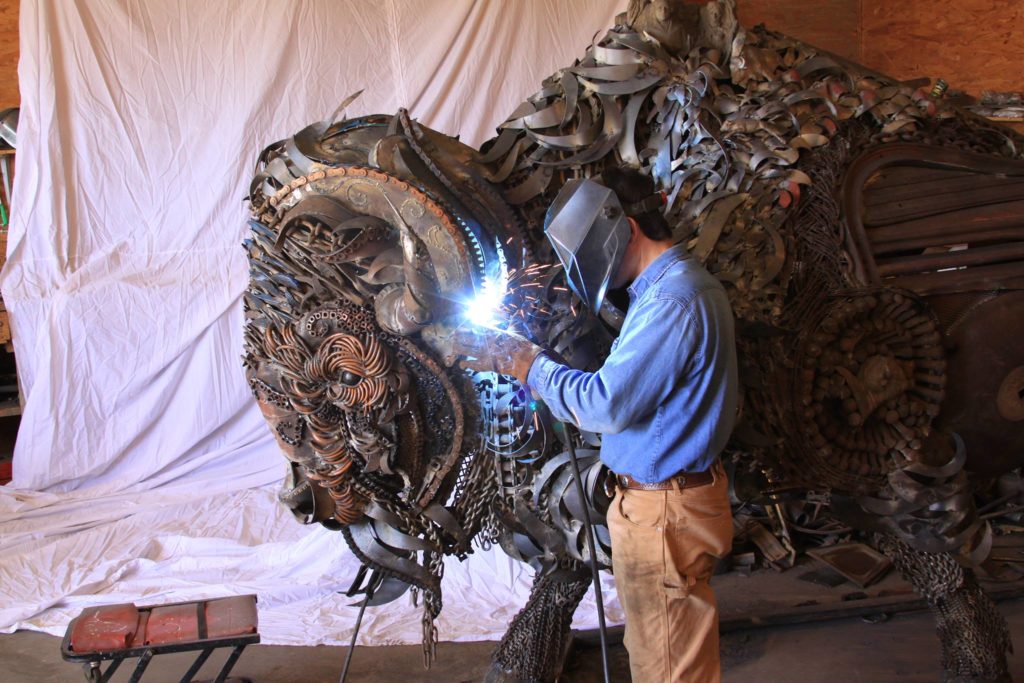 Sometimes you just need to stop what you’re doing and marvel at the amazing work welders do. Much like we did previously with David Madero, or Bob Dylan we want to highlight the work of John Lopez. 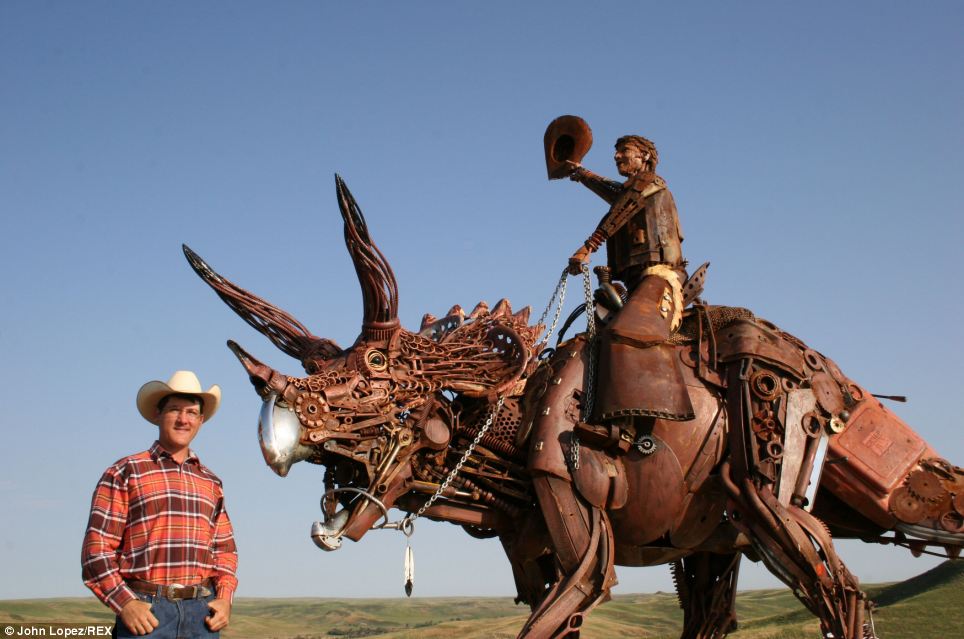 Lopez creates truly stunning sculptures from scrap metal. From peacock to bison, rhino to t-rex, horse to octopus, and much more, his subjects run the gamut, but the end result is always spectacular. His process is described in a feature for Cowboys & Indians magazine:

The final product is a 3-D collage of a horned, hooved, or clawed beast, composed of everything from scoop shovels to scissors and poised as if it’s about to charge across the prairie… At their heart — beyond the anatomy, the whimsy, the inventiveness — even his smallest assemblages are about telling a story. At his rural studio on a windy hill on the Dakota prairie, nestled amid layers of scraps, are tiny bronze pieces that he has welded into shapes that give playful nods to the culture of the West and its epic story. Whether it’s a minuscule Mount Rushmore or a diminutive spurred boot, Lopez says, “I’m trying to really squeeze the essence out of an area and put it into a sculpture.” 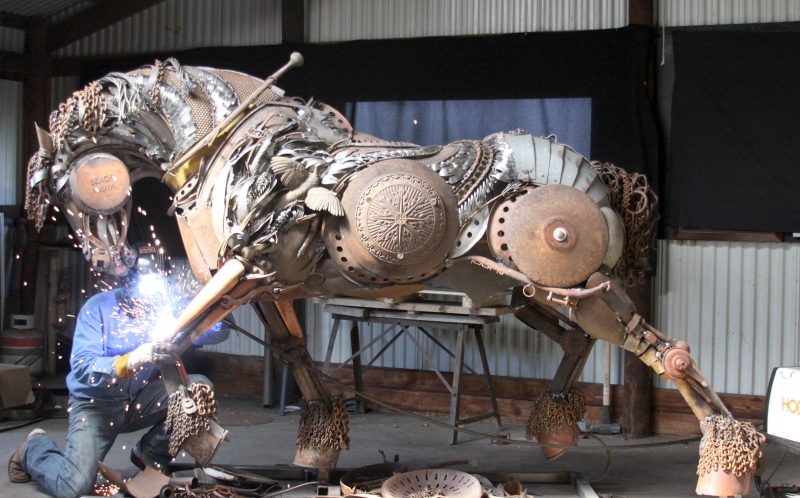 John Lopez was born and raised on a ranch in Western South Dakota and his welded sculptures often reflect his upbringing.

We’ll leave you with a great description of the spirit behind Lopez’s work, which can be found in the bio on his website:

Sculptor John Lopez is a product of a place. His people’s ranches are scattered along the Grand River in northwestern South Dakota—not far from where Sitting Bull was born and died on the Standing Rock Indian Reservation. Not far from where thousands of buffalo were killed during the westward expansion of settlers and gold miners. In the bone yards of Tyrannosaurus rex and grizzly bears.

You can follow John Lopez on Facebook to see his welded sculptures and artworks. You can also watch more John Lopez YouTube videos about his Grand River Series, his welded art sculptures, and Iron on the Range.