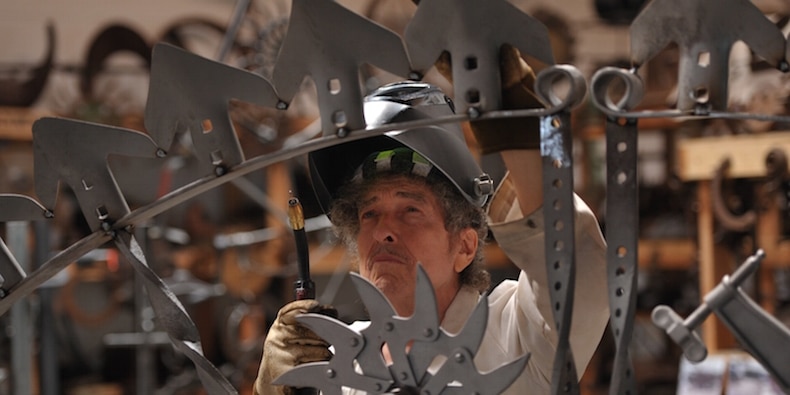 Most people don’t know that Dylan is also a skilled welder.

What can Bob Dylan not do? You may have heard he was recently awarded the Nobel Prize. In literature. But did you know when he isn’t busy writing some of the most famous songs in history (and possibly every other song, famous or otherwise), he enjoys welding?

In fact, his 26-foot by 15-foot iron archway called “Portal” will be displayed at the new MGM National Harbor in Prince George’s County, Maryland. It will be Dylan’s first permanent work of art for a public space. 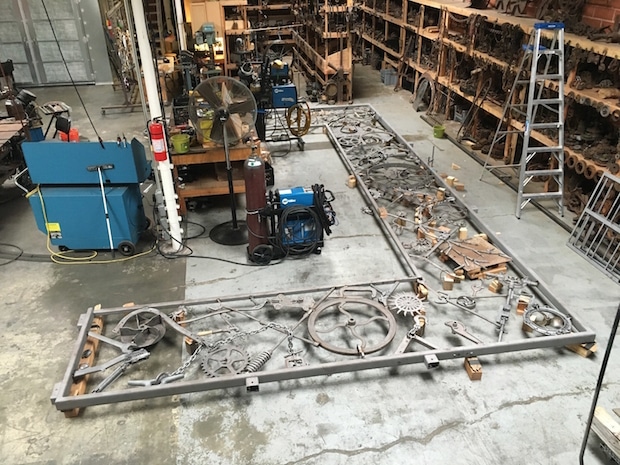 Dylan said the design behind “Portal” is a common theme with his work.

“Gates appeal to me because of the negative space they allow. They can be closed, but at the same time they allow the seasons and breezes to enter and flow. They can shut you out or shut you in. And in some ways, there is no difference,” Dylan said. 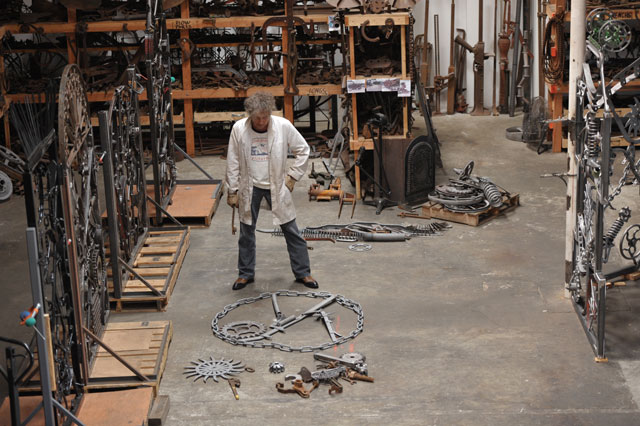 In a press release, Dylan’s style of metalwork and thought processes are further described:

Dylan’s welding work pays homage to America’s industrial core as well as his personal history. He grew up in Hibbing, Minnesota an “Iron Range” city home to one of the largest mines and iron ore deposits in the country, which supplied 90 percent of the nation’s iron for World War II. At 75, Dylan has witnessed the transition of the American economy and the subsequent hard times that befell towns like Hibbing during his lifetime. His art – from his lyrics – “The Times They Are a-Changin'” – to the discarded and often obsolete metal items he collects and welds – reflect a bygone era. As a folk artist, Bob Dylan captures the nation’s lament for the time before modern technology, when it was just the soil, the hand and the tool. Fittingly, each work of art contains a small metal buffalo, signed Black Buffalo Iron Works, followed by Dylan’s signature. 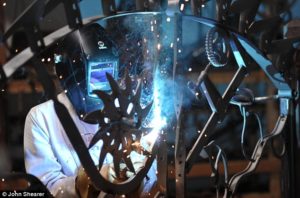 Maybe one of these days, Bob Dylan will actually do something with his life and graduate to the world of pipeline welding.