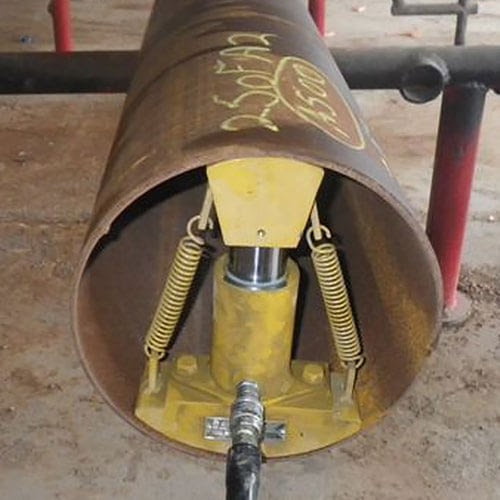 Focused pressure in the exact dent area so the pipe isn’t damaged.

Pipe reclamation projects are rarely the same. Sometimes, precision combined with brute force in a single area is in order. That’s where Sawyer’s Hydraulic Dent Remover comes in.

The Dent Remover’s shoe is specially designed to focus pressure in the exact dent area so the pipe isn’t damaged during the repair process. A high-pressured hydraulic ram powers dented pipe easily into round, while 90 percent of the pipe is always in contact with the shoe.

The Hydraulic Dent Remover is heavy duty and built to last with alloy steel and precision manufacturing. Many size options are available from 10” to 48”, so nearly any need can be met.

For the most difficult out-of-round pipe situations, count on Sawyer’s Hydraulic Dent Remover to complete the job with minimal effort and maximum results.