Pipelines aren’t typically known as havens of outdoor recreation, and they aren’t often heralded as entirely environmentally friendly either. Maybe many of these opinions can be attributed to misinformation, misunderstanding, or any number of other reasons, but clearly, there is some truth there as well. 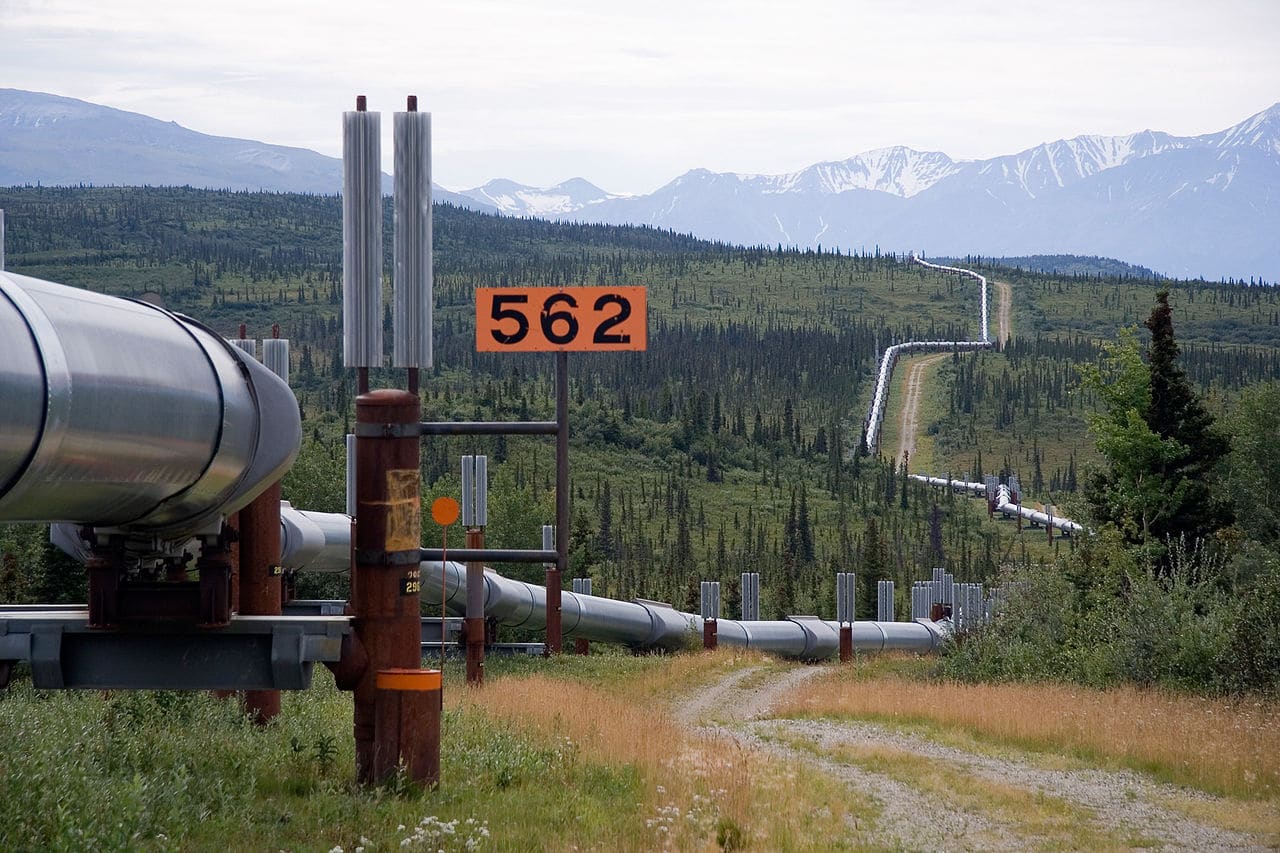 The Trans-Alaska Pipeline extends across the state [photo credit: wikipedia]

What if there was a way to make pipeline right of ways not just environmentally neutral but to actually make them something resembling the best parks and recreation areas the U.S. has to offer? Well, that’s exactly the idea proposed for the Trans-Alaska Pipeline by a partnership primarily composed of Rep. Jonathan Kreiss-Tomkins of Alaska and Levitation 49, an organization “dedicated to economic diversification through the development and promotion of events and projects that support the mountain sports lifestyle.”

On the Trans-Alaska Trail project’s website, the following questions are asked:

“What if Alaska had a world-class destination trail? What if we could draw hikers, mountain bikers, and cross-country skiers from around the world to travel across the tundra, taiga, and temperate rainforest of Alaska, and traverse the mountains and glaciers of the Brooks Range, Alaska Range, and Chugach Mountains?”

According to that same website, the answer is actually rather simple:

“The poetry of the idea? This trail already exists…

The Trans-Alaska Trail — Alaska’s version of the Appalachian and Pacific Crest Trails — is an ocean-to-ocean multi-use trail spanning 800 miles across Alaska, from Arctic Ocean to Pacific tidewater, from Prudhoe Bay to Valdez. 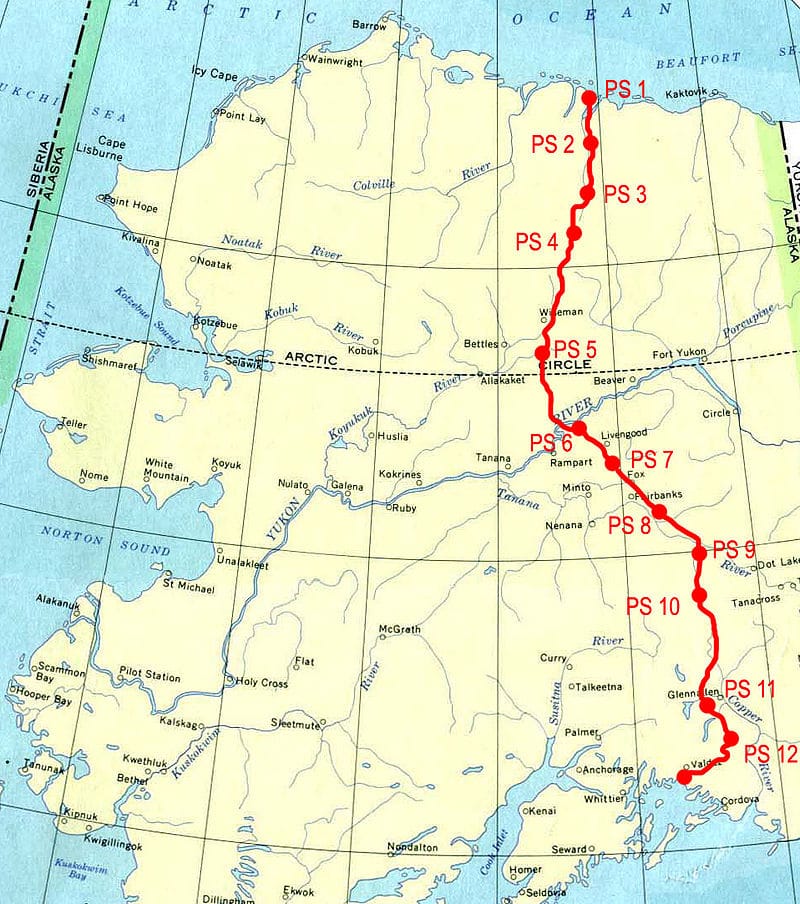 The pipeline is 800 miles long and stretches from Prudhoe Bay in the Arctic Ocean down through interior Alaska to Valdez, where oil is offloaded onto barges to continue to the lower 48 and abroad.

It may not be well known or advertised, but a gravel path already traverses Alaska from the Arctic to the Pacific Ocean… The vast majority of the route is public land. Of the 800-mile route, 375 miles are federal (mostly Bureau of Land Management, or BLM), 344 State of Alaska (managed by Department of Natural Resources, or DNR), 51 Alaska Native, and 30 private. The right-of-way leases issued for the pipeline by BLM and DNR do not preclude recreational use of the right-of-way, and presently the route is already available for recreational use on a case-by-case basis through a ‘Letter of Non-Objection’ from Alyeska.”

As described in Backpacker Magazine, Kreiss-Tomkins came up with the idea for the trail while driving along the pipeline during a college roadtrip.

“I was running along this spectacular section, and I just filed it away, but the very next year I ended up in the legislature and I started thinking about how to explore the epic potential of this trail,” Kreiss-Tomkins said. “Alaska is at a historic discussion point. There are budget deficits, there’s the uncertain future of our economy, the decline of the oil and gas industry here, and we’re at a crossroads in more ways than one. This is one of the largest pieces of oil industry infrastructure in the world, and at the same time, it counterintuitively might also be a world-class recreation gateway.”

Obviously, this plan isn’t a sure thing.

IT HAS ITS PROBLEMS AND DOWNSIDES…

An article in the Alaska Dispatch News covered all angles of this concept rather well. One of the main detractors of the plan is actually Alyeska Pipeline Service Co., which is the operator of the 800-mile Trans-Alaska Pipeline from Prudhoe Bay to Valdez, Ala.

Alyeska President Tom Barrett sent a letter to Kreiss-Tomkins clarifying the company’s objections to the idea, largely due to safety concerns.

“As long as (the trans-Alaska pipeline) is an operating system, we believe that inviting public use of the right-of-way beyond these programs would be ill-advised,” Barrett wrote.

In an email to Backpacker Magazine, Michelle Egan, Alyeska corporate communications director, stated her company understands the desire to implement this plan, but there are serious issues that need to be addressed. “We have significant concerns about safety (for those recreating, for our employees and for the pipeline itself), about the environment and about security. We know the TAPS corridor is an incredible 800 mile stretch and we can understand why people want to experience it, however our responsibility for protecting the environment, the asset and the people who work around it is enormous,” Egan wrote. 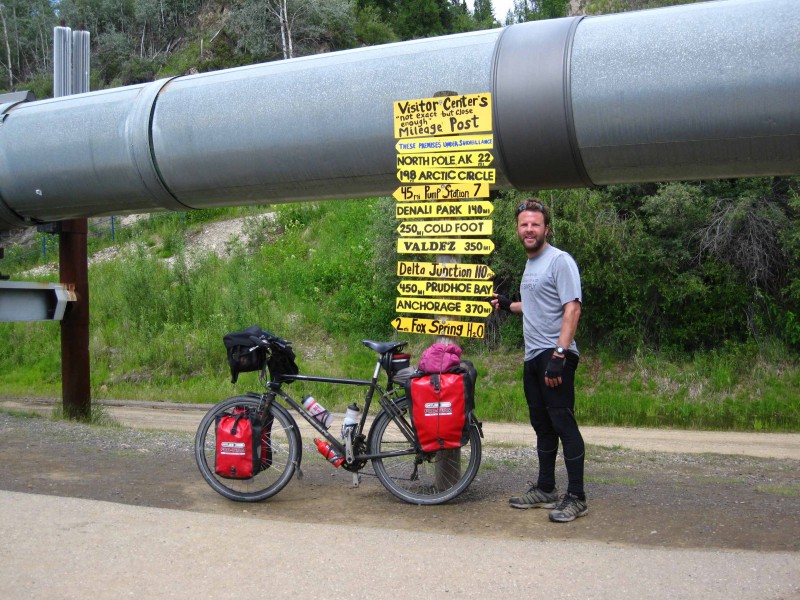 Undoubtedly, making the Trans-Alaska Trail as safe and secure as humanly possible is an enormous undertaking, but this just seems like an idea where the good will inevitably outweigh the bad. Like the project group puts it in its executive summary, the Trans-Alaska Trail is a classic ‘do more with what we have’ idea…”

As Harlow Robinson wrote in his column about this idea, “This is an opportunity to show that Alaska can, and does develop its resources responsibly — so much so that a piece of industrial infrastructure, an oil pipeline of all things, can serve as a world-class outdoor tourism attraction at the same time. It’s a huge opportunity to change preconceived notions and share with the world what responsible development actually looks like.”