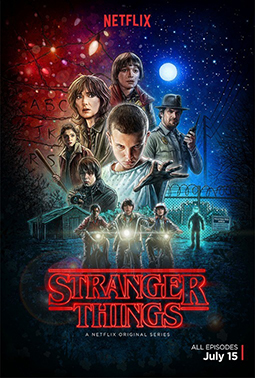 The DOE wants to clear up some misinformation

Have you watched Netflix’s hit series “Stranger Things”? If not, what are you waiting for? Do it. Do it now. I’ll wait……..
.
.
.
.
……..Finished? Good, right? I know! Since you’ve now watched “Stranger Things,” I guess this spoiler alert should be rendered moot but… SPOILER ALERT!

Now that we are on the same page, it must be noted that we aren’t the only ones who watched this nostalgia-laden, sci-fi thriller. Someone at the U.S. Energy Department also watched.

You know the Energy Department. They’re the ones whose official mission statement is “to ensure America’s security and prosperity by addressing its energy, environmental and nuclear challenges through transformative science and technology solutions.”

They do science-ey things like studying the effect of hydrogen on steel pipelines, researching ways to “modernize the nation’s natural gas transmission and distribution systems and reduce methane emissions,” and explaining how carbon capture works. They also do slightly less science-ey things like maintaining the U.S. Strategic Petroleum Reserve.

I guess when they aren’t doing that stuff, they’re watching television shows and providing some tongue-in-cheek critiques regarding their accuracy. Paul Lester, Digital Content Specialist at the U.S. Energy Department saw “Stranger Things,” and well, he had some thoughts.

Lester wrote that he “really enjoyed ‘Stranger Things’ as a mashup of Goonies and X-Files with some amazing 80s music mixed in,” but that “the show’s portrayal of the Energy Department was a little less than accurate.” There were five main areas of the series with which he took umbrage: 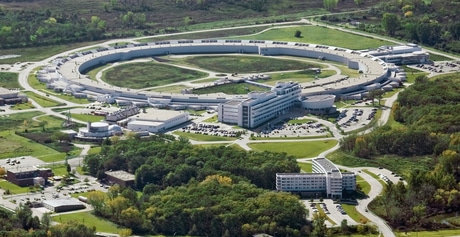 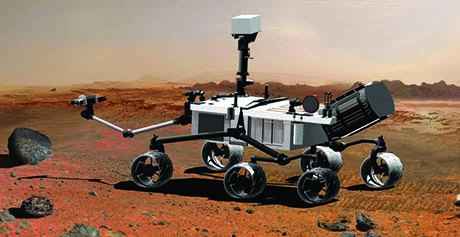 There are several scenes in the show where Hawkins Laboratory researchers don full body suits and protective gear to walk through a peculiar portal, which transports them to an alternate dimension known as “The Upside Down.” While the Energy Department doesn’t chart parallel universes, it does help power the exploration of new worlds. We’re talking outer space, not the bizarro cosmos in “Stranger Things.”  For instance, the Energy Department makes nuclear batteries called Multi-Mission Radioisotope Thermoelectric Generators for NASA. These batteries convert heat generated by the decay of plutonium-238 into electric power and were used in deep space missions like the Viking mission to Mars in the 1970s, the Voyager interplanetary space missions, Curiosity Mars Rover, and New Horizons — which flew by Pluto last year. For the first time in 30 years, researchers at Oak Ridge National Laboratory recently produced 50 grams of new plutonium-238, which could be used in future space missions. Check out this cool infographic to learn more about the Energy Department’s role in space exploration. 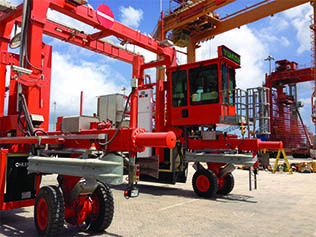 “Stranger Things” depicts the Energy Department as a federal agency confronting terrifying monsters lurking in different dimensions. We don’t mess with monsters, but the Energy Department is in the business of detecting invisible dangers. Energy Department scientists throughout the country create new technologies that help prevent terrorists from getting their hands on nuclear materials. For example, Sandia National Laboratories developed a mobile scanner that can be used in shipping ports around the world to quickly detect radiological materials hidden inside massive cargo containers. 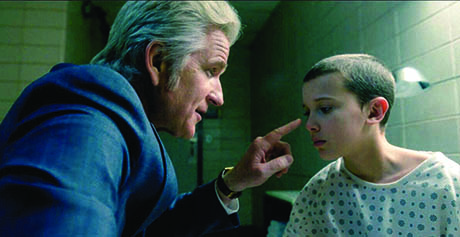 In “Stranger Things,” actor Matthew Modine plays Hawkins National Laboratory’s Dr. Martin Brenner, a sinister scientist whose motives are questionable. However, actual National Laboratory scientists are among the brightest people in the world, working hard to solve the nation’s toughest energy problems. And not all of them are men! Meet some of the inspiring women scientists who work at the Energy Department.

5. Lights Aren’t Powered by Monsters or Other Lifeforms.

Ok, this one isn’t really Energy Department related but it does deal with electricity, which is one of the agency’s major focus areas. A few episodes in, Joyce realizes the monsters who have taken her son cause the lights in her home to flick on and off. Later on, she communicates with her son by hanging Christmas lights inside her house and paints letters on the wall. Ouija board style, Joyce asks questions and Will lights up letters to spell the answers. This probably isn’t a shocker, but electric current actually powers Christmas lights, not monsters or other lifeforms. Christmas light bulbs illuminate when electricity travels through a closed circuit, passing over a filament, causing it to glow brightly. Learn more about how Christmas lights work.

Listen up, Netflix et al. You are now on notice. If you dare include the U.S. Energy Department in anything you create, you better get your facts straight because they’re watching. They’re always watching.