Sawyer Vice President Dave Hembree was invited by the Nigh’s to accompany them to the ceremony where George Nigh received the Global Vision Award.

Exporter of the Year

Sawyer’s recent distinction as the 2015 National Exporter of the Year is the first time this honor has been bestowed upon an Oklahoma company. Sawyer is fully committed to exporting our Oklahoma products and values into a global market and, likewise, bringing international business into the state. Another champion of Oklahoma business and international trade is former Governor George Nigh.

Sister Cities OKC presented its Global Vision Award this week to Nigh, whose long and distinguished career includes a litany of public and private sector work, including two terms as Governor and Lieutenant Governor, and an incredible commitment to promoting economic development and global exporting for the state. During his time in office, Nigh and his wife Donna, traveled extensively to promote economic development in Oklahoma. Nigh was instrumental in bringing eight foreign manufacturing plants to the state, including the Hitachi facility in Norman along with selling tons of Oklahoma wheat abroad. After leaving office, Nigh served Oklahoma as President of the University of Central Oklahoma, where he continued his international work by establishing a Sister University relationship with the University of Puebla, Mexico, on of OKC’s Sister Cities.

Sister Cities International of Oklahoma City is comprised of volunteer citizen diplomats from the community. Through the support of City Hall, local businesses and individuals, they are able to directly participate in municipal, business, professional, environmental, educational and cultural exchanges with our International Sister Cities. Each year Sister Cities OKC recognizes an individual for outstanding leadership in fostering its core mission, promoting the image, economic development, culture, business and educational projects connecting OKC and the world. 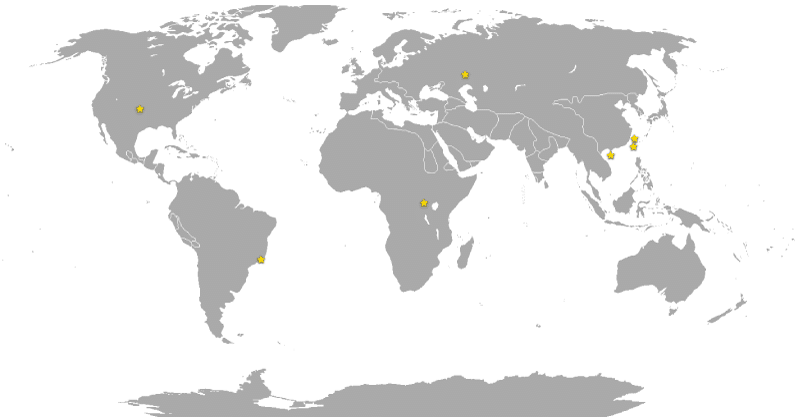