How do we compare

As July 4th approaches, it’s time to pat America on its proverbial back, which I suppose is somewhere in the Pacific Ocean. The American Petroleum Institute published some numbers that chart the energy production of nations compared to individual states here in the U.S., and guess what, y’all…America rules. Several of the 50 states compete quite nicely with many oil- and gas-producing countries. 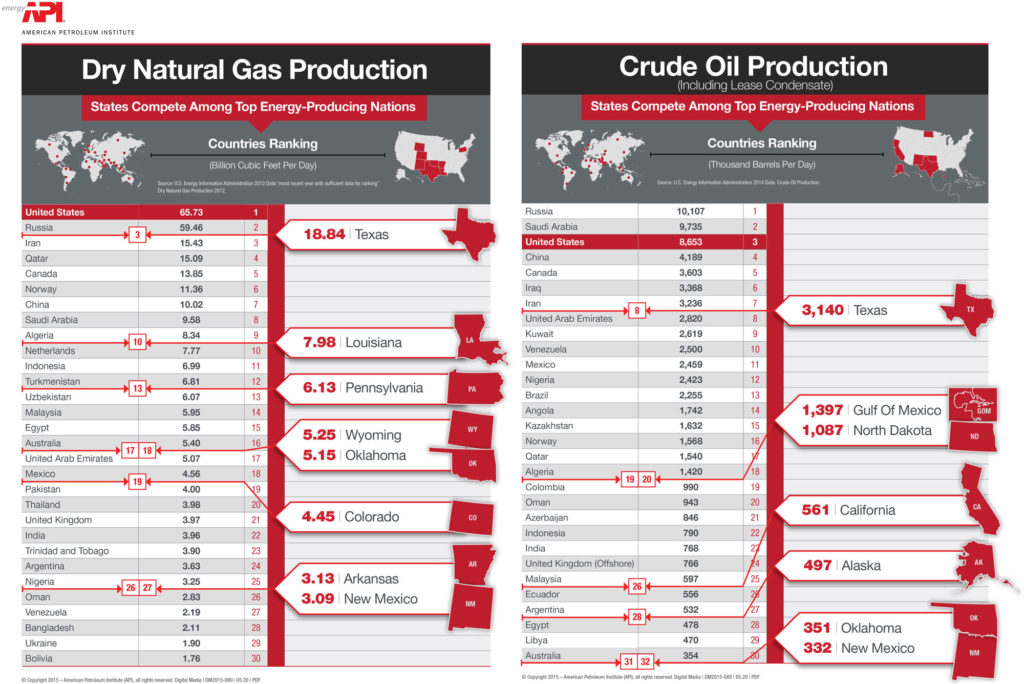 Some of these statistics are simply staggering. Texas has some of the more impressive numbers on this list. It produces 18.84 billion cubic feet of natural gas per day. That’s “billion” with a “b” and “per day” as in “each and every day.” That figure is good for third place in the world…when competing with entire nations. That’s more gas than China, Canada or any of the 12 OPEC nations produce. The Lone Star State’s crude oil production is nothing to turn your nose up at either; it’s eighth most in the world.