Sawyer Mfg. was honored to receive the 2018 Governor’s Award for Excellence in Exporting 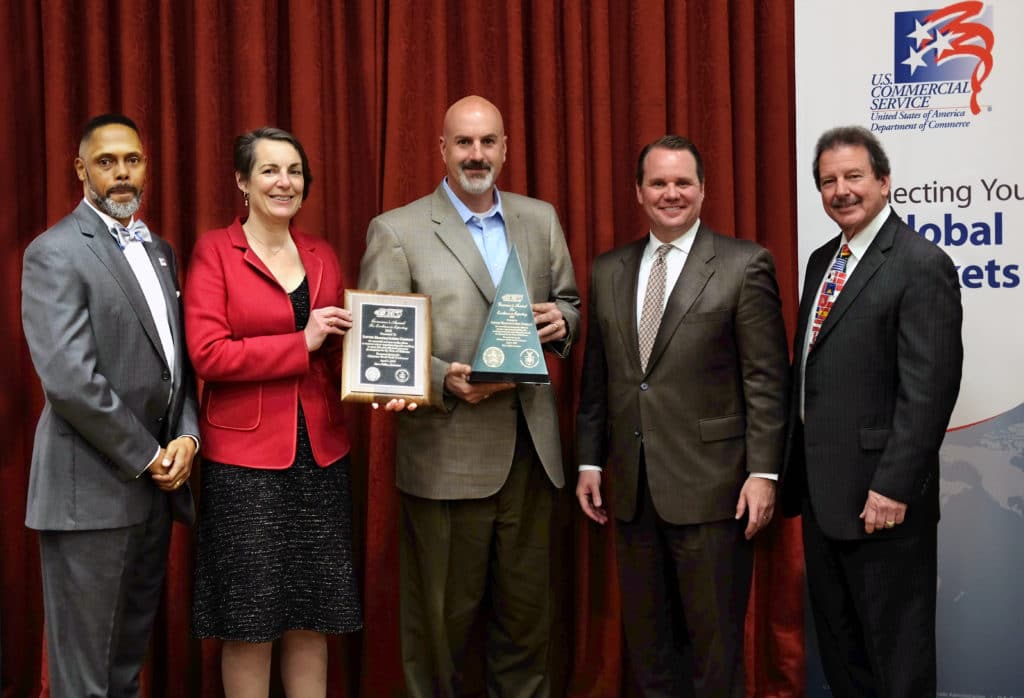 The 2018 Governor’s Award for Excellence in Exporting was presented at the 2018 Oklahoma World Trade Conference held at the Renaissance Hotel & Convention Center in Tulsa, OK on April 5, 2018.

The Governor’s Award for Excellence in Exporting annually recognizes an Oklahoma company that has shown achievement in exporting through increasing export sales, breaking through in a particular competitive market, introducing a new product into export trade, or successfully responding to a foreign market challenge. Their commitment to international growth, creative sales strategies and overcoming global trade complications to bring their product to a competitive world market earned Sawyer Mfg. Company the nomination for this year’s award.

Sawyer Mfg. was established in 1948 to fulfill the equipment needs of pipeliners, and in the time since its founding, the company has risen from a local manufacturer to a global distributor of welding and pipeline equipment. All of Sawyer’s equipment is designed, drafted and manufactured in its Tulsa, OK facility. 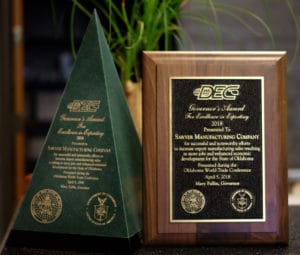 Sawyer Mfg. Company was awarded the 2018 Gov. Award for Excellence in Exporting

Dave Hembree, President, said Sawyer Manufacturing has long been focused on getting its products to the people who need them, wherever they are in the world, but said the 2018 Governor’s Award for Excellence in Exporting is about more than that.

“As long as Sawyer has been in business, we have been exporting our products throughout the country and world, and you can find our equipment at jobsites all around the globe. Obviously, this award is a testament to our exporting expertise, but more than anything, this award is the result of the hard work and dedication exhibited by our 57 remarkable employees,” Hembree said.

Sawyer’s product line is primarily focused on midstream transportation, storage, and the general movement of pipeline materials from upstream production to downstream distribution. Sawyer equipment has become a standard in the industry and continues to set the benchmark for quality and durability. Sawyer’s success is driven by its people and their commitment to the company, its products, and its end-users.

Sawyer’s first international sale came in 1972 when the company sold beveling bands, transmissions, and 900mm clamps in Holland and England for use on the Trans Europa Natural Gas Pipeline. Now, Sawyer equipment can be found on jobsites in all 50 states and more than 50 countries around the world.